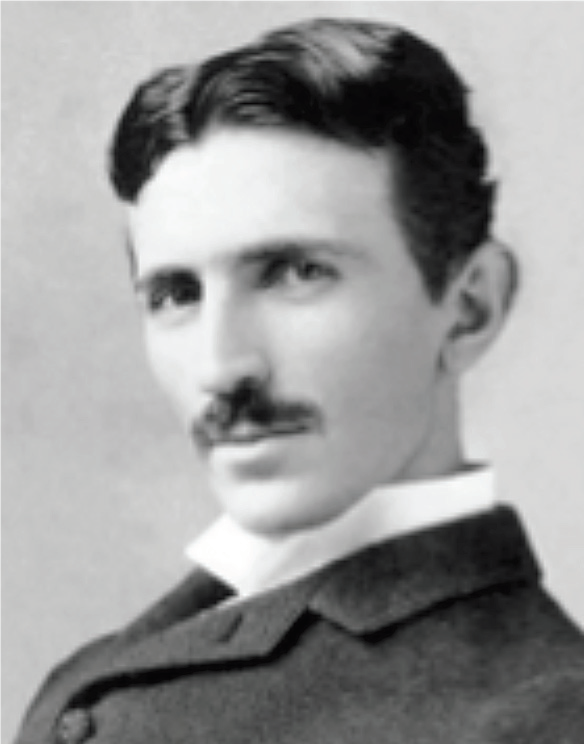 Nickola Tesla was born an ethnic Serb in what is now Croatia, in 1856. He died in New York in 1943. He studied electrical engineering at the Austrian Polytechnic in Graz, and at the Charles-Ferdinand University in Prague. He worked for the National Telephone Company in Budapest. Later, he joined the Continental Edison Company in France. He moved to New York in 1884, first working for Edison, then forming his own company,the Tesla Electric Light and Manufacturing. He became an American citizen in 1891.

Tesla was a pioneer experimenter with X-rays. However, his major contributions dealt with alternating currents in one manner or another. His interest in rotating magnetic fields led to the development of the brushless motor and his most important contribution, the alternating current distribution system, both single-phase and polyphase. He also experimented with radio waves, where he demonstrated the importance of tuned circuits and also a radio-controlled boat. His invention of the Tesla coil made the automobile ignition system possible.