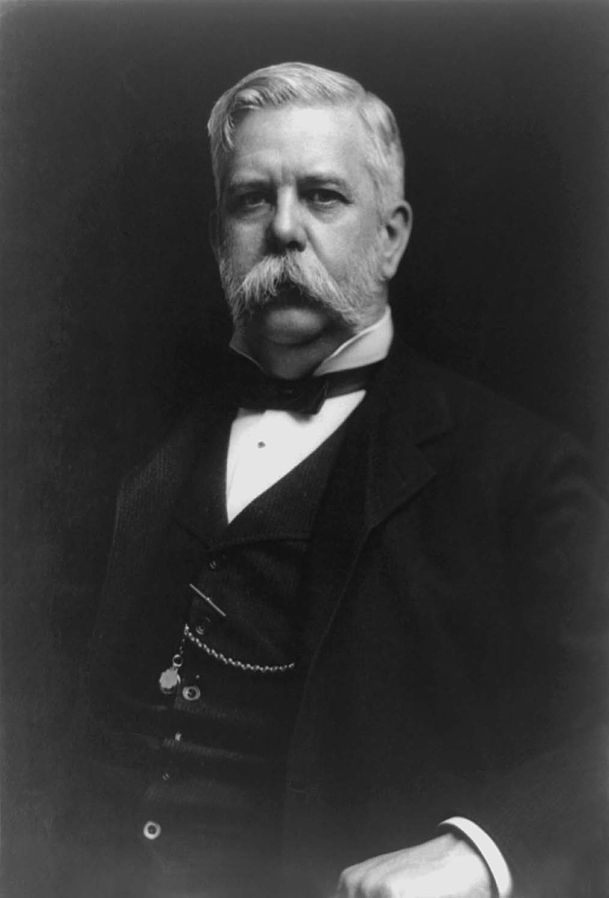 George Westinghouse Jr. was one of many great American entrepreneurs of the 19th century.  He is most famous for creating the Westinghouse Electric company, but his real passion was improving railroads.

Three other things George is less known for are as follows:

George was born in 1846, in Central Bridge, New York, forty miles west of Albany. As the son of a machinist, He spent much of his youth helping his father at his machine shop where he developed a passion for inventing.  In 1863, George enlisted in the Union Navy and served two years, where he gained experience in both naval and locomotive steam engines.  He had his first patent at the age of 19 for inventing a rotary steam engine.  Four years later he invented the compression air brake for trains.  George would eventually have over 300 inventions, some of which greatly improved railroad systems.

After his business was well established supporting the railways, George started working on electrical signal controls for the railroads.  This led him to pursue electrical technologies and he supported alternating current (AC), over Thomas Edison’s direct current (DC) system.  He supported and employed Nikola Tesla to prove, support and build an AC network.  Together they built the Niagara Falls hydroelectric power plant that powered Buffalo.

By 1900 his companies were worth $120 million and employed 50,000 workers.  In 1907 he lost control of his electric company due to national financial troubles, but by March 12, 1914, the date if his death, his estate was valued at $50 million.  He is considered by many to be the second greatest inventor, after Thomas Edison.