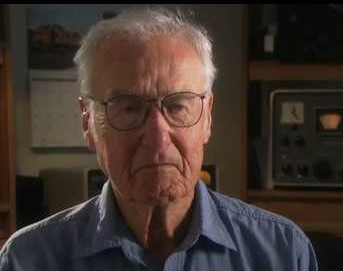 Youth Activities:  Became interested in radio electronics, experimenting with disassembling old radios and building his own with the parts.

Engineering and Science Achievements:
Trolander co-founded and led Yellow Springs Instruments (YSI)—a firm dedicated to solving technical problems.  They solved many in Trolander’s near-forty-year stint with the company from 1948 to 1986.

In addition to developing innovations in medical instruments, YSI eventually branched out into environmental monitoring devices, such as those for measuring water quality and velocity.

A man of many facets, Trolander was a combination engineer, inventor, businessman, and community leader.  He was very proud of YSI’s personnel policies, which were based on trust and corporate social responsibility.  A YSI employee who met Trolander at a shareholders meeting after the latter had retired described him as a “down-to-earth genuine man” who “shaped the company in the direction of the things that mattered most to him—that everyone was a part of the success, and that companies have a social and ecological responsibility to the community around them.”  Trolander’s and YSI’s commitment to the environment is reflected in the YSI trademarked tagline, “Who’s Minding the Planet?”