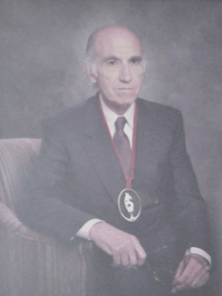 While the luster of Jonas Salk’s accomplishment may have dimmed somewhat by the 21st century, when the success of his polio vaccine was announced in April 1955, its impact was comparable to what might be experienced today if someone were to come up with a painless, quick cure for cancer.  In 1952, over 37,000 cases of polio were reported in the U.S., most of them children.  By 1962, there were less than 1,000.  The terrible scourge had been effectively conquered in a single stroke.  News that the vaccine was safe and effective went “viral” in 1955 fashion, spurring celebrations throughout the nation.  Church bells were rung, prayer services were held, and moments of silence were observed.

The young Salk was a “whiz kid,” graduating from high school for the gifted in three years and receiving his college degree from CCNY at 20.  Upon enrolling at NYU medical school, he decided to focus on medical research rather than practice.  After graduation, he served his internship at Mt. Sinai Hospital in New York.  In 1941, as part of his post-graduate studies, he spent two months working at the University of Michigan under Dr. Thomas Francis, where he was first introduced to the field of virology.  Subsequently Francis and Salk developed an influenza vaccine adopted by the Army.

In 1947, Salk went to the University of Pittsburgh to lead its Virus Research Laboratory, where he linked up with the National Foundation for Infantile Paralysis (the future “March of Dimes”) to participate in its polio project.  After first concentrating on determining how many types of polio existed, Salk then developed his vaccine and successfully tested it on animals. Next came testing on humans, at first on small groups starting in 1952, followed by a nationwide testing program of a million children during 1954.  The results were analyzed by the University of Michigan, who declared the vaccine to be a success on April 12, 1955.  This was followed by a nationwide immunization program for children and pregnant women.  Other nations around the world followed suit.

During the time of his research as well as the early years of immunization, Salk was engaged in a running debate with Dr. Albert Saban, who championed his “live virus” vaccine over Salk’s “killed virus” vaccine.  While both vaccines ultimately saw widespread use, the Saban vaccine was eventually discontinued in the US, though it continues to be used in underdeveloped countries.

In his later years, Salk continued his research with efforts addressing immunization against cancer and AIDS.  In 1963 he founded the Salk Institute for Biological Studies, whose mission entails research in areas such as neuroscience, genetics, and immunology.