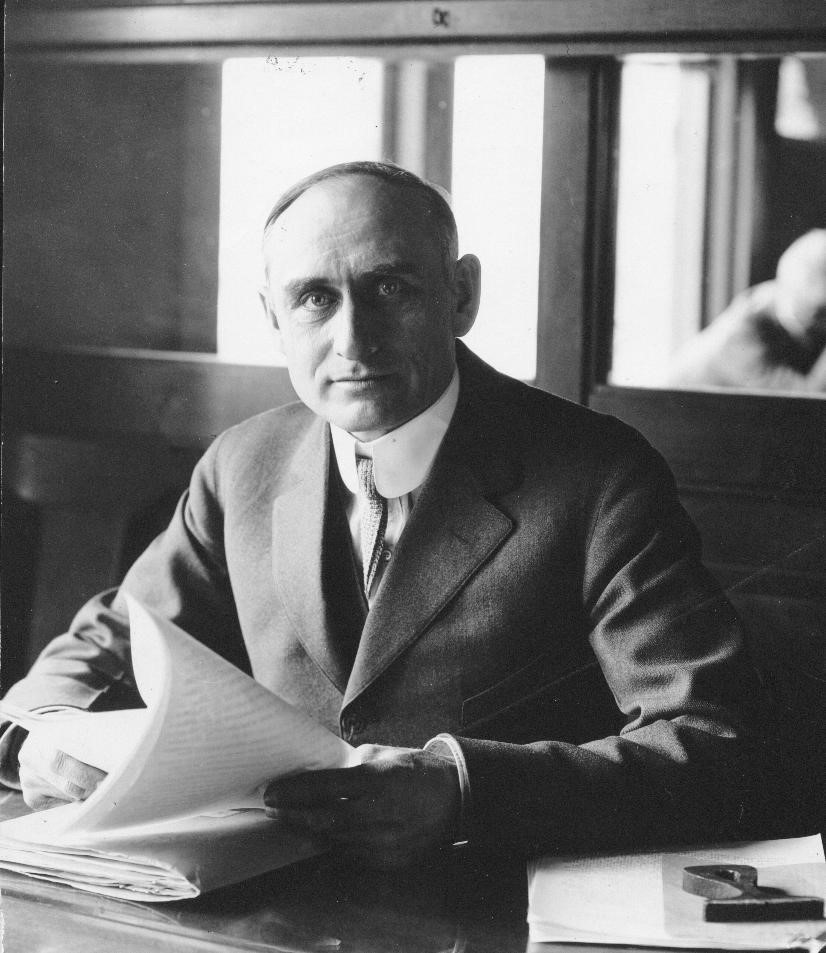 In 1913 Dayton, Ohio experienced a devastating flood with major loss of life and damage of property.  The response of the business and engineering community was to secure Arthur E. Morgan as a chief engineer to develop a flood control plan for the Miami River Valley.  The result was the Miami Conservancy District that built and still maintains a series of earthen dams on the tributaries of the Miami River.  This series of dams has successfully avoided flooding in Dayton for the past 100 years.

Arthur Ernest Morgen  (1878-1975), was born in Cincinnati, Ohio, and raised in northern Minnesota. With a formal education limited to just three years of high school and six weeks at the University of Colorado, Morgan received a broad experiential education, as a logger, surveyor, ranch hand, miner, typesetter, and even a beekeeper. It was in his father's engineering practice, however, that Morgan discovered his calling. In 1910 he formed Morgan Engineering Company, and he quickly developed a national reputation as a brilliant flood-control engineer.

In 1920 Morgan was chosen as president of Antioch College based on his plan for "industrial education," which stressed on-campus study alternated with off-campus work, broad general education, and personal development in the student. He fostered a climate of creativity for Antioch, inviting research concerns to do their work on campus. Morgan's entrepreneurial spirit attracted industrialists such as Sergius Vernet of Vernay Laboratories to Yellow Springs and inspired many an Antioch graduate to found businesses that directly serve their own communities.

In 1933 Franklin D. Roosevelt appointed Arthur Morgan as director of the Tennessee Valley Authority, perhaps the most ambitious public works project in human history. Morgan brought many of the lessons he learned in the Miami Valley to the TVA project.  The result was low accident rates, high worker morale, and ingenious solutions to tame the wild Tennessee River.  Arthur Morgan maintained a strong interest in Antioch for the rest of his life, serving as a trustee for many years and a perennial lecturer.