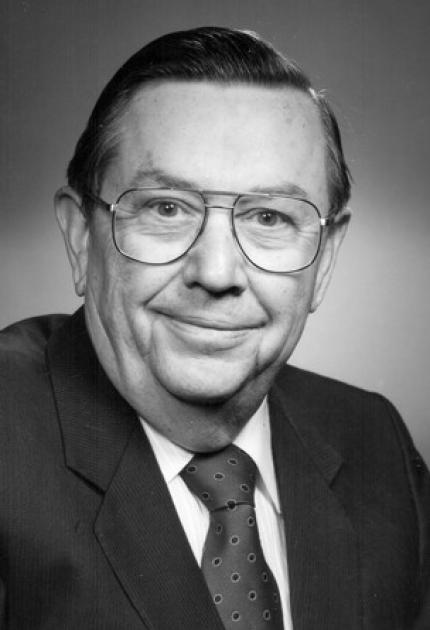 Youth Activities:  While growing up on a farm, he built a threshing machine by age 10 and a car motor by age 12.

Hailed as “The Glass Genius” by Fortune magazine, McMaster developed a method for producing tempered glass, a type of glass with a tensile strength much stronger than that of normal glass.  Common uses include skyscraper and automobile windows, as well as patio and shower doors.  Tempered glass is also much safer than regular glass, because when it breaks, it crumbles into small circular pieces, unlike the sharp, jagged shards that result when normal glass shatters.  Developed at his firm Permaglass, which he founded in 1948, McMaster’s tempering process involved compressing glass by heating and then rapidly cooling it. In 1971, he co-founded the firm Glasstech, which manufactured and sold hundreds of glass-tempering machines.

In the 1990s, McMaster went on to develop a solar cell—a chemically-coated glass that turns sunlight into electricity.  For several years, the cell produced by the firm Solar Cells Incorporated, which he formed in 1990, was the most efficient of its kind.

After graduation from Ohio State, McMaster went to work with Libby-Owens-Ford in 1940.  There he invented a rear-view periscope for fighter aircraft, as well as a means of de-icing aircraft windshields with electric coatings.

Starting in the 1940s, McMaster also worked for six decades on developing the McMaster Rotary Engine.  This basketball-sized, two-cycle automobile power plant that ran on hydrogen and oxygen was one-third lighter than a normal car engine.

During his long and productive career, McMaster achieved over 100 patents in glass tempering and bending, solar energy, and rotary engines.

“What is Tempered Glass?” Heritage, retrieved 8 March 2017 from http://www.heritagewindows.com/additional-resources/what-tempered-glass/.