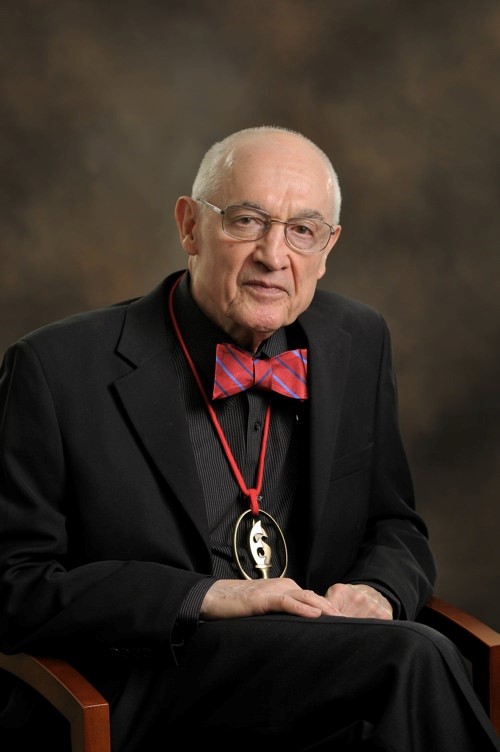 Nick Holonyak Ph.D. is cited by most as the father of the visible light emitting diode (LED).  His invention of the visible light (red) LED in 1962 at General Electric research labs in Syracuse, NY initiated a broad use of this technology enriching the lives of users everywhere.  The long-life red LED was initially used for panel indicators, traffic lights, and automobile tail lights.

As other colors developed, the applications broadened for low power illumination and decorative applications.  LED lights produce the greatest amount of light for the energy used and have the longest lifetime of any lighting source available.  With the recent development of the white light LED, a new option for long-life, low-power illumination is available commercially to everyone and is being marketed for general use.  In the past few years we have seen many applications that are currently using incandescent or fluorescent lighting accomplish major energy savings with wide usage of LED lights.  This energy savings will be of great benefit world-wide.

Holonyak was born in southern Illinois November 3, 1928.  He received his BS (1950) and MS (1951) at the University of Illinois and received his Ph.D. in electrical engineering from the University of Illinois in 1954.  He was the first graduate student of Professor John Bardeen who later received two Nobel Prizes for the invention of the transistor and developing the theory of superconductivity.  The solid state physics knowledge of Professor Bardeen was effectively transferred to Nick Holonyak during his years as a student.  This knowledge and work on the transistor provided him with the insight for numerous inventions later in his career.  Dr. Holonyak later returned to the University of Illinois in 1963 as professor of Electrical and Computer Engineering where he remains today on the faculty doing active research.  He has mentored over 60 graduate students who have gone on to develop many useful semiconductor devices themselves.

A key factor in Holonyak’s development of the visible LED was developing III-V semiconducting alloys such as gallium arsenide (GaAs) and gallium arsenide phosphide (GaAsP) which, with adjustment of alloyed compositions, can tune the semiconductor properties to a useful range.  From this semiconducting alloy development work came the red LED in 1962.  These same alloys became the basis of a number of later inventions including other colors of LED and the first laser diode commonly used for read/write on the compact disk (CD) and later the digital video disk (DVD).  Later still, in 1977 while back at the University of Illinois, Holonyak developed the quantum well semiconductor laser together with his students..  He is currently working with Professor Milton Feng on advancing their 2004 transistor laser invention.  These laser devices are used in data communication, for surgery, and for material processing.  All of these inventions have direct benefit to the everyday life the modern world enjoys.

Professor Holonyak has over 40 inventions and is still doing active research; many of these inventions are in broad common use in our daily lives.  He started early with inventions. Soon after receiving his Ph.D., he went to Bell Labs and developed various semiconductor power control elements.  In 1957 he joined the Advanced Semiconductor Lab in Syracuse, NY where he further developed solid state electrical control elements for commercial use. Many of these inventions are still in general use today in homes and businesses:  For example semiconductor elements for dimming lights and fan speed control.