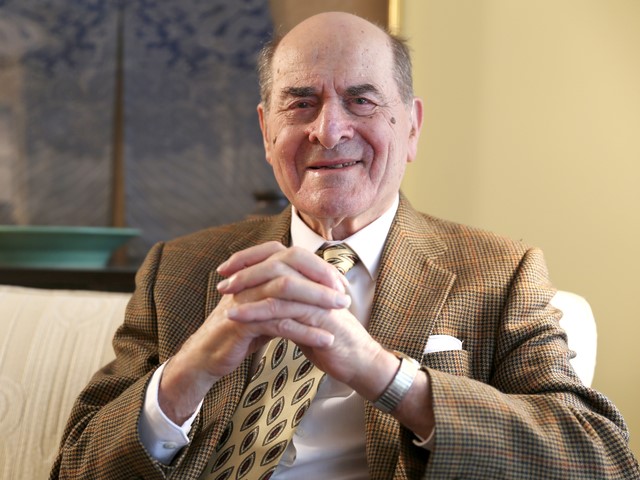 First publicized in 1974, the Heimlich Maneuver uses residual air in a choking victim’s lungs to expel food or other foreign objects from the victim’s air passage.  The movement is typically performed by a caregiver who stands behind the victim and encircles the victim with his/her arms.  The caregiver then gives upward thrusts with joined hands into the victim’s abdomen just below the sternum, repeating the movement until the foreign object is expelled from the victim’s trachea.  Simple and effective, the maneuver can be executed by virtually anyone with the strength to perform the thrusts and the ability to get into the position needed to execute it. 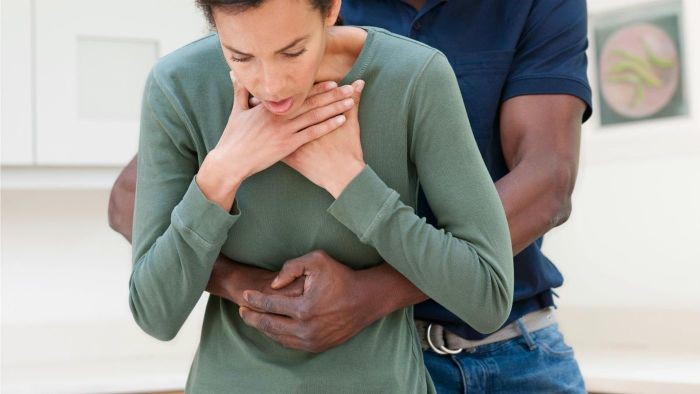 In the early 1970s, Heimlich sought a way to combat the estimated 4,000 American choking deaths per year.  At the time, standard treatment for choking was a series of hard slaps on the back or a finger down the throat.  But Heimlich reasoned that blows to the back would push an object farther down the air passage.  Conversely, he thought that upward pressure on the reserve of air in a person’s lungs could be used to dislodge a foreign object from the windpipe.  He published his thoughts in the Journal of Emergency Medicine in an article entitled “Pop Goes the Café Coronary.”

Suspecting he would encounter skepticism from his peers, Heimlich sent copies to major newspapers.  Shortly thereafter, he began receiving reports of people successfully using the technique to save lives after reading about it or seeing it demonstrated on television.  In 2009, the New York Times estimated that the Heimlich maneuver had saved over 100,000 lives.

After receiving his medical degree, Heimlich joined the U.S. Navy and served in the Gobi Desert during WWII assisting Chinese Nationalist guerillas.  Upon his return, he worked at various hospitals in New York.  In 1969, he became director of surgery at Jewish Hospital in Cincinnati, and in 1977, he became professor of advanced clinical sciences at Xavier University, also in Cincinnati.

He is credited with several other life-saving techniques in addition to the Heimlich Maneuver.  These included:

Heimlich was awarded the Albert Lasker Public Service Award in 1984 for the development of his maneuver.  At age 96, he successfully used the technique at his senior residence community in Cincinnati to help a lady who was choking on a piece of hamburger.