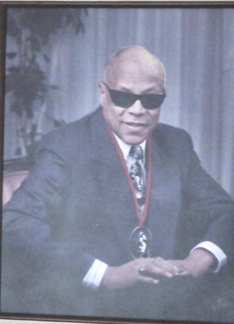 Dr. Meredith Gourdine was a pioneer inventor in the field of “electrogasdynamics,” solutions to air pollution, non-contact printing, and gas conversions. Using the principles of electrogasdynamics (EGD) Goudine developed methods to disperse fog and smoke.  Gourdine also successfully converted natural gas to electricity using EGD principles which would have practical everyday applications. Other applications of EGD include refrigeration, desalination, reducing the pollutants in smoke among others.

Dr. Gourdine grew up in Harlem and Brooklyn, attended Cornell University and received a bachelor's degree in engineering and physics in 1953. Before graduating he ran track and won a silver medal in the long jump at the Olympic Games in 1952 only missing gold by one and a half inches. After returning from serving in the Navy, Gourdine received a Ph.D. in Engineering Science from the California Institute of Technology, Pasadena in 1960.  With his work on gas dispersion, he developed techniques for dispersing fog from airport runways. His work also entailed over 30 patents, many of them for allergen filter devices.

Gourdine went on to establish a research laboratory, Gourdine Laboratories located in Livingston, N.J. Working with his staff of over 150, Gourdine was issued several patents on gas dynamic products. Gourdine also served as president of Energy Innovation, Inc. of Houston, TX. He died in November of 1998.