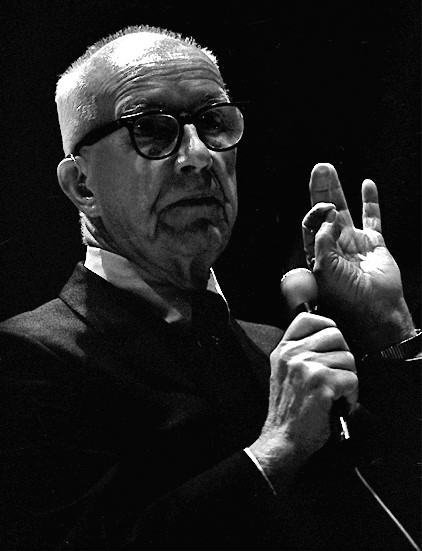 Youth Activities:  Became interested in nature as well as boat maintenance and construction during family outings to Bear Island, Maine.

Patented by Fuller in 1954, the geodesic dome provides a means of enclosing a large amount of space with a minimum of surface area while requiring no internal supports, such as pillars.   A half-sphere built with triangular pieces, it efficiently distributes stress and can thus withstand severe external conditions such as hurricanes and earthquakes.

A primary user of the geodesic dome has been the U.S. military, which employs it to house radar stations above the Arctic Circle.  Other uses include churches, auditoriums, temporary structures for special events, and domed structures on children’s playgrounds.  It’s been estimated that there are over 300,000 geodesic domes throughout the world.

Famous structures incorporating geodesic dome principles include the Montreal Biosphere (built as the American Pavilion for the 1967 Montreal World’s Fair and designed by Fuller himself) and the “Spaceship Earth” ride at Walt Disney World’s Epcot Center.  After Fuller’s death, carbon molecules with a structure similar to that of a geodesic dome were dubbed “fullerenes.” 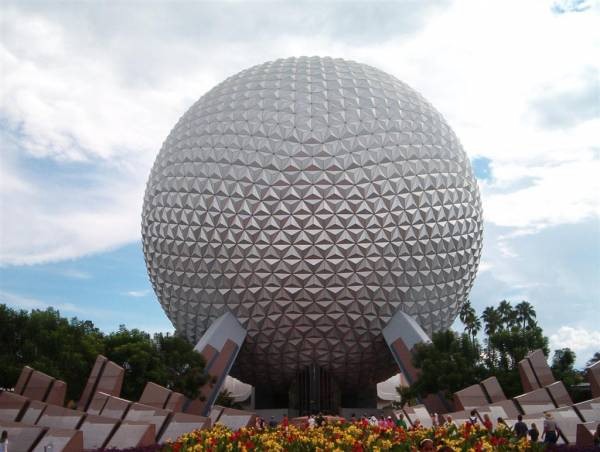 “Bucky,” as he was affectionately known, experienced some starts and stops in his career before finally coming into his own.  For behavior that today might be characterized as that of a “party animal,” he was dismissed twice from Harvard. But stints in a mill in Canada and later in the U.S. Navy during WWI sparked his interest in engineering and mechanics.

After honing his analytical skills during officer training at the U.S. Naval Academy, Fuller formed a construction company with his father-in-law, where the two co-patented a method in 1926 for making reinforced concrete structures.  The construction company failed, however, and Fuller sank into depression, even contemplating suicide.  But after prolonged reflection, he overcame his demons and resolved to devote his life to improving the lot of humanity.  A chief concept of his approach to doing so was his concept of “ephemeralization,” or "doing more with less."  The geodesic dome and his many other innovations incorporated this approach.

Fuller pursued his craft while working at a variety of posts. During the early 1930s, he published Shelter magazine, followed in 1938-40 with a stint as science and technology consultant for Fortune Magazine.  He then taught and lectured at various universities, including Harvard and MIT, ultimately ending up at Southern Illinois University in the late 1950s.  In 1972 Fuller was named World Fellow in Residence to an association of universities in Philadelphia, including the University of Pennsylvania.

A genius of the practical world, Fuller was also well-versed in the philosophical realm.  He coined the term “Spaceship Earth” to characterize humanity’s position in the universe and to promote the need for global planning to enable humans to live comfortably while using the Earth’s resources wisely.

The last of his 29 books, Critical Path, recapped Fuller’s intellectual thought by addressing a wide variety of topics, from the development and purpose of humanity to a method for solving problems.  He summarized his own lifetime quest by saying “What I am trying to do is discover why God included humans in the universe.  I’m trying to find out what God permits us to progressively know and preferably to do if we humans are to continue in the universe.”