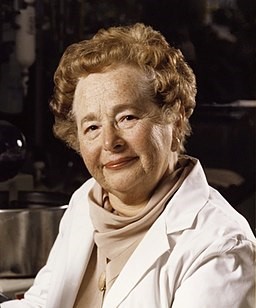 Field of Study: Biochemistry and Pharmacology

Youth Activities: Playing in parks including the Bronx Zoo. Had a veracious appetite for academics

Additional Background: Elion continued her studies at University Brooklyn Polytechnic Institute but did not complete her Ph.D. as she realized she had to make a choice between work and school.  She chose to continue working. Elion had worked as a high school teacher, as a supermarket product supervisor, and for a food lab located in New York. Although Elion did not receive her Ph.D., she received numerous honorary degrees including an Honorary Ph.D. from Polytechnic University of New York in 1989, and an Honorary Doctor of Science from Harvard University in 1998.

Elion was motivated to study chemistry and pharmacology when her grandfather died of cancer.  During her career she led in the development of drugs to treat many major diseases like malaria and AIDS.  Along with George H Hitchings, Elion was awarded the Nobel Prize in Physiology or Medicine in 1988.

Elion and Hitchings studied the biochemistry of diseased cells and compared them to healthy cells.  With this knowledge they developed drugs that could inhibit the reproduction of unhealthy cells and or pathogens enabling the medical community to fight leukemia, herpes, and AIDS.

Elion also spearheaded the discovery and development of drugs that work to reduce the body's rejection of foreign tissue in kidney transplants between unrelated donors.  Elion’s work is responsible for saving countless lives.