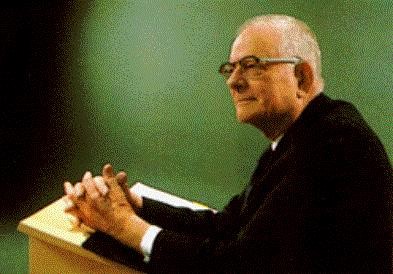 Youth Activities:  While a child in Cody, Wyoming, was an acquaintance of “Buffalo Bill” Cody.  In Powell, Wyoming, he worked at a hotel and lit gasoline street lamps.

W. Edwards Deming played a significant role in Japan’s post-WWII economic resurgence, which led to widespread adoption of his philosophy in the U.S. during the later years of his life.  His basic message was that focusing on quality would decrease cost and increase both productivity and market share.  However, he argued that problems with quality were usually management’s fault rather than that of the workers on the floor.  Management needed to transform itself and its practices into a quality-oriented enterprise.  Quality should not be entrusted to a quality control department, but rather to a collaborative effort involving management, supervision, purchasing, and production workers.  Quality inspections should be eliminated in favor of building quality into the product during the manufacturing process.

From 1927 to 1939, Deming worked for the U.S. Department of Agriculture (USDA) as a physicist and teacher of math and statistics in the USDA Graduate School.  Working for the U.S. Census Bureau from 1939 to 1946, he developed sampling techniques used in the 1940 census.  During WWII, he also served as consultant to the Secretary of War, teaching statistical process control to engineers involved in the war production effort.

In 1946, Deming left the government and set up his own consulting firm.  After going to Japan in 1947 to work on the census there, he was invited by Japanese industry leaders in 1950 to provide training on quality and statistical process control.   So successful was his impact deemed to be on the Japanese manufacturing industry that in 1960 he was awarded the Second Order of Medal of the Sacred Treasure by Emperor Hirohito.  Deming continues to be recognized in Japan today through the Deming Prize, which is awarded annually by the Union of Japanese Scientists and Engineers to companies and individuals for achievements in Total Quality Management.

Initially largely ignored in the U.S., Deming’s work attracted increased American attention as Japanese products assumed progressively larger shares of the US and world markets during the 1970s and 80s.

Deming’s philosophy is summarized in his “14 Points for Management,” expounded his 1982 book “Quality, Productivity and Competitive Position” (renamed “Out of Crisis” in 1986), and in his “System of Profound Knowledge” set forth in his 1993 work “The New Economics.”  His positive impact in America was reflected in the success of the Ford Taurus line of cars, which became the best-selling car in America after Ford adopted Deming’s management techniques.

In 1993, he founded the W. Edwards Deming Institute to foster the understanding of his System of Profound Knowledge.