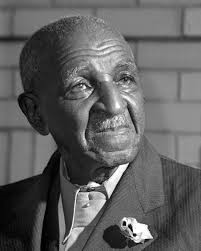 Developed many products from the peanut

George Washington Carver was born into slavery in the early 1860’s in Diamond Grove, Missouri. When Carver was very young, he, along with his sister and mother, was kidnapped by a group of night raiders from Arkansas. After a search for the three, George was the only one to be returned to Moses Carver. Moses and his wife Susan raised George as if he were their own son after the abolition of slavery. Growing up, George was encouraged by the Carvers to gain knowledge and delve into academic challenges.

Carver applied to, and was rejected from several colleges due to his race before being accepted to study art and piano at Simpson College. From there, he was encouraged to study botany. He was the first black student to attend the Iowa State Agricultural College. While doing his master’s study there, he gained respect as a botanist.

In 1896, Carver headed the Agricultural Department of Tuskegee Institute. He worked there for over half of his life, He introduced many new and improved techniques for growing and maintaining crops. Carver urged farmers to practice crop rotation in order to restore the nitrogen in their soil. Carver’s work was praised by people all over the United States, it even gained him the praise of President Roosevelt.

Carver is most widely regarded for his work with peanuts. At a 1920 convention, Carver talked of and exhibited 145 different peanut products. Some of Carter’s most notable peanut products include flour, paper, insulation, and soap.