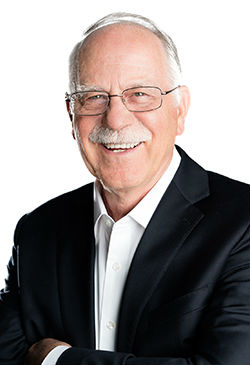 Charles Hull’s invention of 3D printing, also known as stereolithography or additive manufacturing, has sparked a revolution in the design and manufacture of products across a wide variety of industries.  In 1983, Hull’s employer, UVP, applied tough coatings on tables and furniture using ultraviolet (UV) light.  Hull suggested this technique could be exploited by using UV technology to produce three-dimensional solid objects based on digital designs.  Given a lab in which to experiment, Hull came up with a system that trained light on a vat of photopolymer material, which changes from liquid to solid when light shines on it.  He then deposited layer upon layer of the material in order to build an item from the bottom up, with the shape of each layer specified by a computerized design of the end product.

Hull’s first 3D-printed creation was a modest small eyewash cup.  Today, however, 3D printing is used to produce prototypes and objects in such diverse industries as medical, automotive, and aerospace.  Examples include prosthetic limbs, models of patient-specific anatomies for use in surgical planning, aircraft parts, and concept cars.  Future possibilities are virtually limitless, including houses, internal human organs, and even living tissue.  With relatively inexpensive 3D printers now available for home use, the day is not too far off when consumers will print many of their own products, including food, clothes, jewelry, and toys.

Upon patenting his invention, Hull co-founded the firm 3D Systems in 1986 in order to commercialize the new technology, including the STL 3D printer file format that enables computer-aided design software data to be translated for 3D printers.  This launched the era of commercial “rapid prototyping,” allowing companies to fabricate scale models of developmental products in a fraction of the time previously required.  Hull is currently the company’s executive vice president and chief technology officer.

Born in Clifton, Colorado, in 1939, Hull received a BS in Engineering Physics from the University of Colorado in 1961. He received an honorary Doctorate in Engineering from Loughborough University in the U.K. and an honorary Doctorate in Science from the University of Colorado.  Early positions included senior engineer at Bell and Howell and engineering manager in DuPont’s Photo Products Division, where he developed mass spectrometer and gas chromatography/mass spectrometry systems. Hull has been inducted into the National Inventors Hall of Fame and received numerous awards for his pioneering role in 3D printing, including the European Inventor Award, the Washington Award and the  Frost & Sullivan Lifetime Achievement Award for Manufacturing Leadership, among others.

Hull is named inventor on 85 US patents, plus several other patents around the world.